WHEREAS, the city of Santa Cruz has allowed and regulated short-term vacation rentals within its city limits for decades, supporting tourism in the city, and generating nearly one million dollars in tourism tax revenue in 2016, and

WHEREAS, on July 20th, 2017, ignoring the Subcommittee and City staff recommendations, the planning commission voted to eliminate ALL Santa Cruz non-owner-occupied vacation rentals and heavily restrict all other properties in the City with a new proposed ordinance, and

WHEREAS, the City Manager’s office nonsensically now claims these 200 properties could become housing for City employees, and banning their use as vacation rentals will make the other 23,435 City housing units more affordable, and

WHEREAS, this proposed ordinance will cost the City nearly $1 million per year in TOT tax losses, will require the City to hire several new administrative staff members, and

WHEREAS, restricting an already tight supply of tourism housing could cost local businesses over $18,000,000 a year in total tourism revenue losses, and

WHEREAS, the proposed ordinance would force existing, legally permitted and operating vacation rentals to cease operations forcing the owners to sacrifice their investments in their property and lose vital income (City staff stated, “Owners should plan on making other family or life decisions with their Property”).

THEREFORE, BE IT RESOLVED, that the Santa Cruz County Republican Central Committee opposes this proposed ordinance and calls on all Republicans to do their part to oppose this measure with these actions:

WHEREAS, On April 6, 2017, Governor Jerry Brown signed into law Senate Bill 1 (SB1) which
increases taxes on gasoline, diesel, and vehicle registration, and

WHEREAS, the new tax increase takes effect November 1, 2017 and will add 12 cents to a
gallon of gas and 20 cents for a gallon of diesel along with increases in vehicle fees, and

WHEREAS, the law also mandates that the DMV impose a new “transportation improvement
fee,” ranging from $25 to $175 on top of the base registration fee of $53 per motor vehicle, and

WHEREAS, the law constitutes a $52 billion tax increase for Californians over a decade, and

WHEREAS, in 2010, Jerry Brown publicly declared, “there should be no tax increases without a
vote of the people,” and

WHEREAS, the people of California never got a chance to vote on this tax increase that will hurt
working families, seniors and the poor, and

THEREFORE, BE IT RESOLVED, that the Santa Cruz County Republican Central Committee
hereby endorses the Ballot Initiative to Repeal the Gas Tax, and encourages all Republicans to
take action by supporting the ballot initiative effort. Learn more at https://nocagastax.com/

WHEREAS, as adopted by Proposition 14 (2010), all candidates for a single office run against each other for the first round of voting and

WHEREAS, the two candidates with the highest number of votes in the first round move forward to the final election, regardless of party affiliation and

WHEREAS, in the final election between the original top two candidates, the candidate with the most votes wins, and

WHEREAS, supporters of the Top Two election methods allege election efficiency and a broad representation of candidates, but implementation of such systems has been shown to effectually limit and restrain choices for voters

THEREFORE, BE IT RESOLVED, that the Santa Cruz County Republican Central Committee stands opposed to all Top Two election systems, as such a system will result in limiting the choices for voters in general elections, and so be it

FURTHER RESOLVED, the Santa Cruz County Republican Central Committee stands in agreement in opposing the implementation of Top Two election systems, and so be it

What an Amazing BBQ! Thanks for supporting the Santa Cruz Republicans.

It was a great day to be a Republican in Santa Cruz County.

Thank you all who attended our first "Summer Republican Family BBQ".

The weather was beautiful, the food fantastic and our speakers, well we could not have had better.

Travis Allen, California Assemblyperson and Gubernatorial Candidate gave an inspiring talk about his plans to Make California Great Again. He laid out his plan to repeal the gas tax, improving our water storage and eliminating the corruption in Sacramento. He spoke about making businesses stronger by reducing taxes and regulations and moved us all to take action to get him into office.

Our very own conservative talk show personality, Charles Freedman, of KSCO, gave a passionate talk about the state of Sacraments, the state of the Republican Party and spelled out what he believes to be the best method to making California great again--getting out the vote. Speaking to your friends and family about the true nature of conservative values and principles: limited government, protecting individual liberty and securing our future with sound fiscal policies.

We estimate there were over 140 attendees who enjoyed hot and tender BBQ trip, baked beans and traditional BBQ fare. The room was abuzz with lively conversation, laughter, and the occasional groan as the subject of the gas tax was mentioned.

On behalf of every on the Santa Cruz Central Committee with thank you for attending and supporting Republican principles and values in Santa Cruz County. We plan on making this an annual event.

P.S. Be sure to stop by our booth at the Santa Cruz County Fair, in September!

Are you considering a run for local office but wonder where to start getting up to speed on the issues?  Or, are you someone who just wants to make a difference in your community?  Consider serving on a local Board or Commission.  The County of Santa Cruz and each incorporated city in the county have a number of opportunities.

Santa Cruz County has over 40 advisory bodies which advise the Board of Supervisors on a wide arrange of issues--everything from Ag policy to Parks and Recreation, to Senior Services.  Some appointments are at-large, meaning that any Supervisor can nominate an appointee.  Others are district appointments, where a Supervisor nominates an appointee, usually a resident of his/her district.

Here is a link to the Commissions, Committees and Advisory Bodies Vacancies Page

The County of Santa Cruz encourages applicants to apply for positions, even though there isn't a vacancy on the commission of their choice.

Each city in the county also has their own advisory bodies.  You usually must be a registered voter in the city to qualify for these Boards:

City of Capitola: Along with meeting schedules, vacancies are posted on each commission page.

City of Scotts Valley: A number of positions are currently available on the Arts Commission, Board of Appeals, Code Enforcement Appeals Board, Mobile Home Park Rent Commissions, and the Park and Recreation Advocates.  Applicants usually must be a resident of Scotts Valley.

City of Watsonville: Members of City Boards and Commissions serve at large and need to be registered to vote in Watsonville.

November 2017 Special District Elections:  We won't have regular elections in November but 6 special districts will have their elections.  The nominating period for candidates for these districts is from July 17-August 11.  In case no one applies, candidate extended filing is from August 12-August 16.  If you know someone who lives in these districts and might be interested in running, please contact me.

Alba Park and Recreation District: Represents 220 residents on Alba Road in Ben Lomond.  Tax assessments are used to run the old Alba school house as an event and community center. Candidates must own property in the district to run for the board.

Opel Cliff Recreation District:  Includes 438 parcels in the Opel Cliffs neighborhood, which has access to Privates Beach.  The District oversees access to the beach.  Board members must own property within the district.

Salsipuedes Sanitary District: Oversees wastewater collection and treatment in the unincorporated areas of East Watsonville, from St. Francis High School to the County Fairgrounds.  Candidates for the Board must be registered in the District.

Depot Hill Geologic Hazard Abatement District: These districts are set up to deal with specific geologic hazards such as erosion or landslides.  Candidates for these Boards must own property in the districts.

Reclamation District 2049 (College Lake) in Watsonville.  Only 20 parcels of land in the district.  Candidates must own property in the District to run for the Board.

In order to show solidarity with “all of its residents” and promote a culture of safety, the Watsonville City Council unanimously passed an uncodified ordinance Tuesday that reaffirms Watsonville’s status as a sanctuary city and establishes the city’s procedures concerning immigration status and enforcement of federal civil immigration laws.

City Attorney Alan Smith explained that an “uncodified” ordinance is an ordinance that does not appear in a book or code.

Be sure to visit, and make your concerns known to, your local representatives in Santa Cruz County. Here's the main page to Santa Cruz County website. Also, be sure to call or visit your county Supervisor regularly, give them your opinions and concerns. 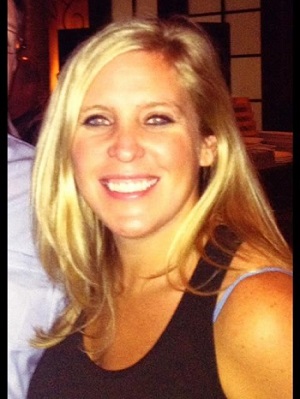 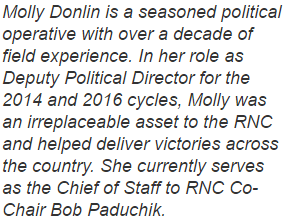